What is a Roman Numeral Analysis?

Roman numeral analysis is a way to represent chords based on the key signature. The roman numeral is the degree of the key that serves as a root for the chord. For instance if you use the key of C, the first roman numeral I will be a C. The II will be a D, the III an E and so on.

Here is an image of the complete C major scale, with both notes, jazz and roman numeral notation.

Getting started with Roman Numerals on Flat

To start inputting chords below your music notations, focus the note where you want to start adding your chord, then open the “Text” toolbar and click on the Classic Chord icon or use the keyboard shortcut Ctrl/Cmd+Shift+K.

A text field will appear at the selected location where you can start writing your roman numerals, a suggestion box will then show up recommending chords related to the input.

Here is a list of all the chord kinds (major/minor/diminished…) available on Flat. For the sake of simplicity, we are writing those with the first degree (I), but it works the same way with all other degrees.

Here is a list of the inversions available on Flat, for the first degree (I)

Neapolitan chords are built from a major triad, whose root note is the lowered second degree of the scale. 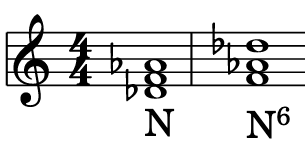 In this example, we are in the key of C. Thus the root note of the major triad is a D flat. 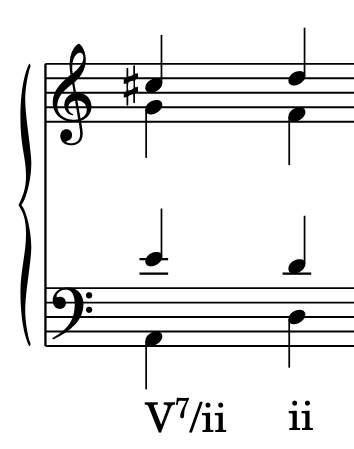 Can't find your answer? Get in touch with our team — we're here to help. Contact us →